Silver coin 7,5 euro Portugal 2022 – 500 years since the first circumnavigation of the world PROOF 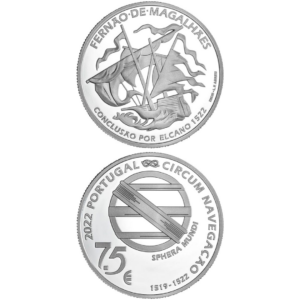 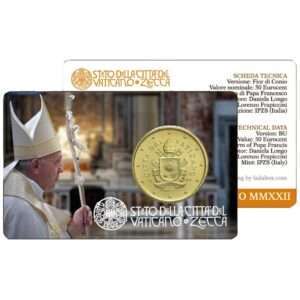 Silver coin 7,5 euro Portugal 2022 – 500 years since the first circumnavigation of the world PROOF

The first circumnavigation of the world was a Spanish sea expedition led by Fernand Magellan, which began on September 20, 1519 and ended on September 6, 1522, under the command of Juan Sebastian Elcano. Ferdinand Magellan discovered the strait, later named after him, becoming the first European to travel by sea from the Atlantic to the Pacific.
Obverse: The ship “Victoria” returning to port with severely damaged sails.
Reverse: Armillary sphere, a symbol of achievements in the art of navigation.

A certificate of authenticity is included. 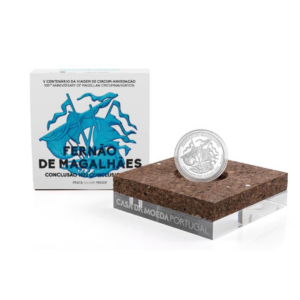